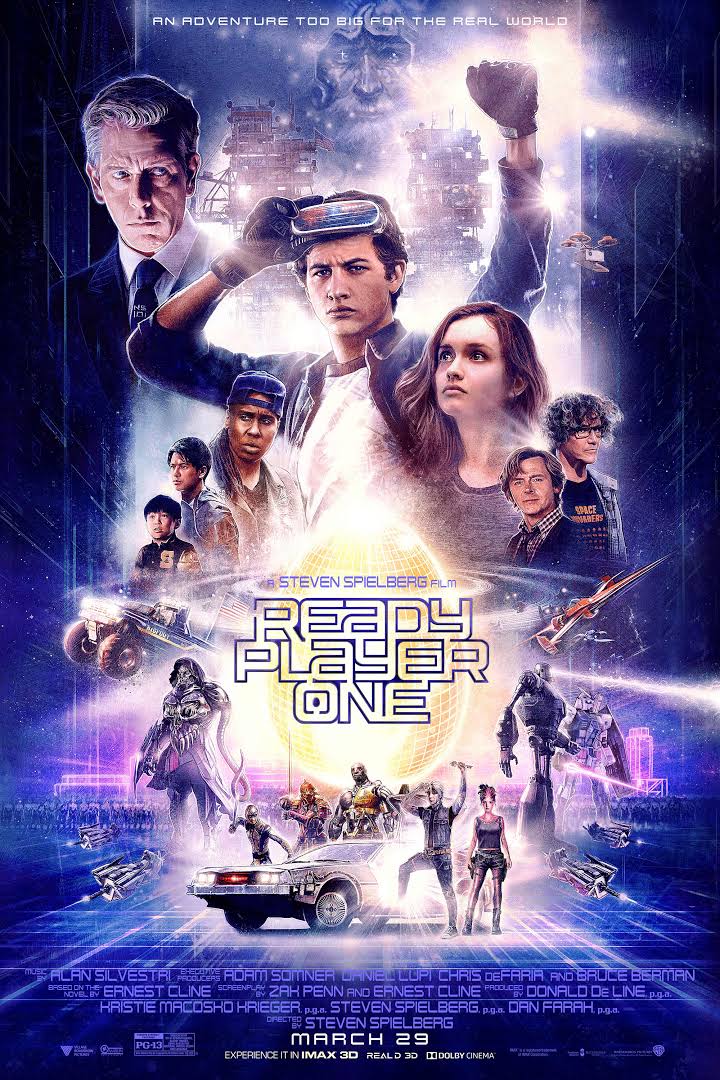 What can I say about ready player one that I dislike about it, none thing I really like it.  I like the special effects and the characters. And if your a science fiction nerd, your going to love it. Now the plot follows Wade Watts (Tye Sheridan) as he try to find three keys to get the “Easter Egg” left by the late creator of the OASIS, a virtual reality world that allow people to escape from their poor reality. The creator announced a contest in which whoever finds the three keys to the gate that hides the “Easter Egg”, will have complete ownership and control of the OASIS. Basely whoever controls the OASIS, will control the world!!!!!! And of course there’s industries that want the “Easter Egg” so they can have the OASIS. Anyway back to the one of the main characters. Wade and his friends try to get the “Easter Egg” before the industries can. They find the first key by winner a race, the second key was find in the recreation of a little movie call The Shining and third/final key was earn by winning a old video game call Adventures. Wade wins the contest and shares ownership of the OASIS with his friends.

In my option, Ready Player One is a very great science fiction movie. It has references movies from the past decades. Which to me, is why it’s a great movie. And like other movies, the messages the movie makes is that people need to take a leap of faith in life, so at the end you don’t have anything that you said to yourself “I wish I did that, why didn’t I do that?” Which the creator of the OASIS had at the end if his/her life. Want my two cents, go and see Ready Player One. You going to have a great time or a bad time, I don’t. Just think about it seeing the movie and form your own option of the movie.