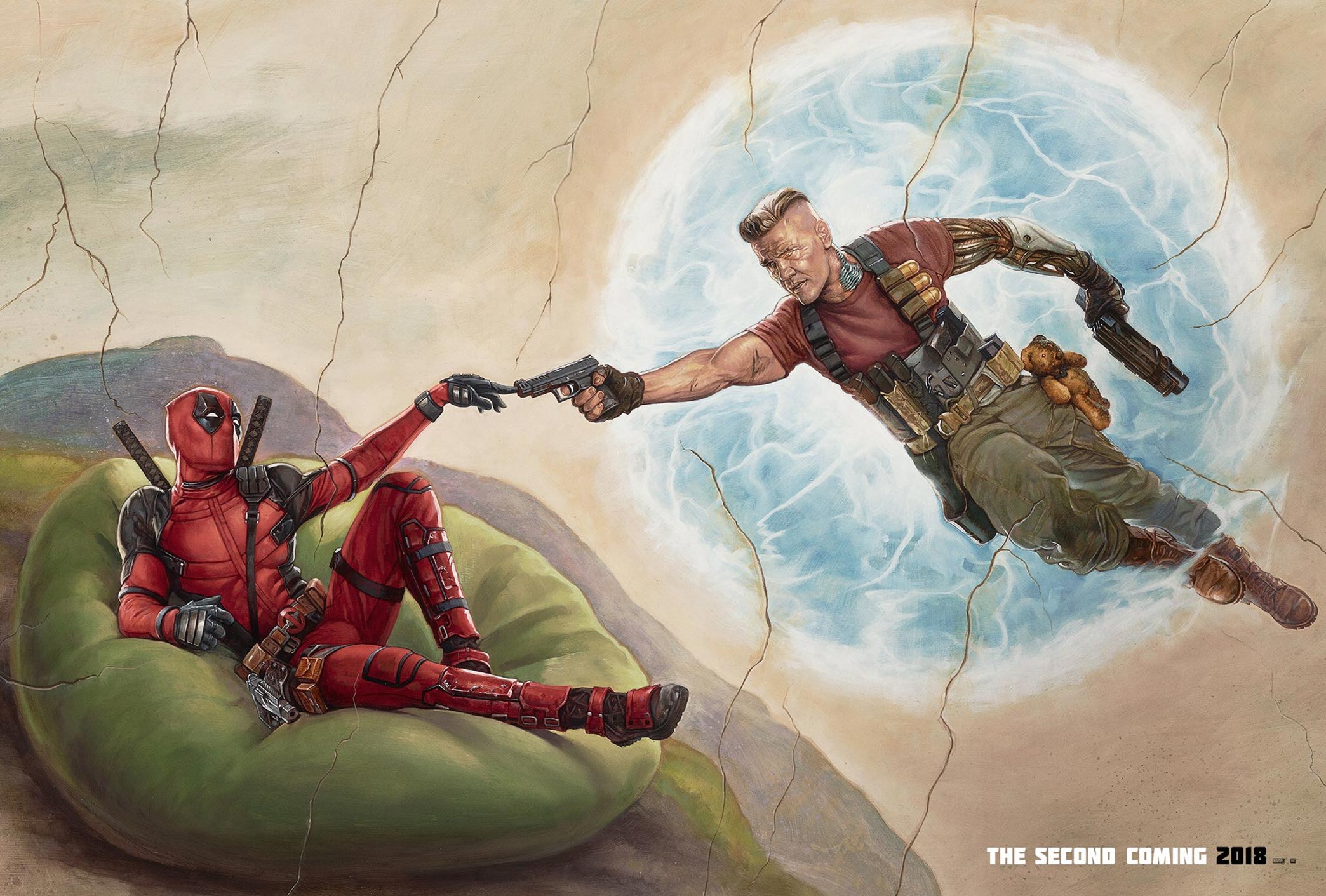 Wade Wilson: You’re so dark. Are you sure you’re not from the DC universe?

If you like the first Deadpool movie, then you’re going to love its sequel. The sequel brought the laugher, refences, the 4th wall breaking, and they double it all for this movie. The film about Wade Wilson aka Deadpool (portrayed by the great and perfect for the role Ryan Reynolds) protecting a young mutant name Russell from Cable a time traveling mutant (portrayed Josh Brolin from The Goones, which in my option was a good choice for the role.), Cable traveled from the future to kill Russell before Cable’s family dies by the hands of future Russell. The film features an appearance from blink and miss it camos from the X-Men and Brad Pritt. No, I’m not mess with you he’s in it.

Now what I liked about the sequel because the portrays of Deadpool and Cable were beyond great, they’re like classic buddy-cops characters from 80’s movies with one cop being the class clown and the other cop being completely the opposites or my brother and I. And the sequel’s borrowed the mid/post credits scenes from the MCU and made them with their own brand of humor. The characters were great especially two characters Negasonic Teenage Warhead and Domino, Domino with her back-and-forth banter she not dealing with Deadpool like two siblings, matter of fact it reminds me of my relationship with my closest siblings and Negasonic Teenage Warhead, in the film she’s in a same-sex relationship with a fellow mutant and I just like it because it’s different from the usual style where there boy, girl relationship. It’s more realistic to her character and it a milestone in the LGBTQ Community. To end this review, go this movie. You will have a great time.